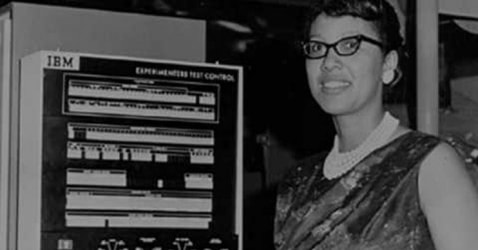 Dorothy Vaughan was a mathematician and computer programmer who was the first African American manager at the National Advisory Committee for Aeronautics (NACA), which later became a part of NASA.  She worked in the West Area Computing Unit, which was composed to African American female mathematicians.  They were known as the “West Computers” and they provided essential calculations for NACA and NASA. Vaughan conducted calculations for experiments conducted in wind tunnels to study drag and lift of aircraft.

When NASA was created, it did not segregate the different departments. Vaughan moved to the NASA Analysis and Computation Division, which included men and women of color. She worked with other African American women, including Katherine Johnson and Mary Jackson, on launching astronaut John Glenn into space.

When NASA began using electronic computers, Vaughan learned FORTRAN, a programming language, and she used this to perform calculations. She also worked on the SCOUT Launch Vehicle Program that put satellites into space.

At NACA, Vaughan and the other West Computers had to use separate bathrooms and dining areas, since the company was segregated. In the dining area, there was a sign at one of the tables that said ​“coloured computers.” The women would remove the sign, and the next day it would be put back. Then, one day the sign was not put back.

Although Vaughan was the first black manager, neither her nor the other women were given the opportunity to be promoted to a higher positions.

These are examples of both day-to day and systemic racism and sexism that the black women at NACA faced. There were certainly many other instances that have been unrecorded and lost to history. While the book and movie Hidden Figures includes some examples, they cannot include everything that these women had to deal with. 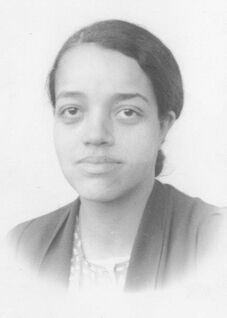 Dorothy Vaughan was born in Kansas City, Missouri, in 1910. When she was seven years old, her family moved to West Virginia. She studied mathematics at Wilberforce University in Ohio, graduating in 1929. After college, she moved to Virginia and became a math teacher.

In 1941, President Roosevelt signed Executive Order 8802, which ended segregation and prohibited ethnic and racial discrimination in the defense industry. This helped open up jobs for women of color at NACA, which would later become part of NASA. In 1943, Vaughan started working in NACA’s West Area Computing unit. Following her long career there in mathematics and management, she retired in 1971. She passed away in 2008, at 98 years old. Vaughan is portrayed in the film Hidden Figures by actress Octavia Spencer.