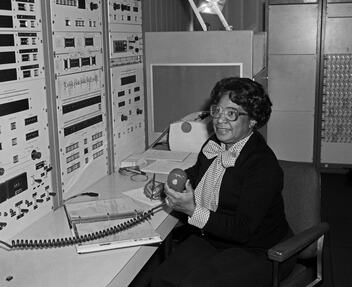 Mary Jackson became NASA’s first African American female engineer in 1958. At that time, she may have been the only black female aeronautical engineer in the world. Her specialty was the behavior of the boundary layer of air around airplanes. She made significant contributions to research, authoring or co-authoring about a dozen research reports throughout her career.

Jackson was also an advocate for other black scientists. In the 1970s, she helped black students at a community center in her hometown of Hampton, Virginia to build a wind tunnel and conduct experiments. Her goal was to inspire students to be interested in science, since she said many young black students were unaware of black scientists and did not know about the career opportunities available to them.

​In 1979, Jackson became the Langley Memorial Aeronautical Laboratory’s Federal Program Manager. Although this was a demotion, she took the position in order to hire and promote other female employees at NASA.

As a black female engineer, Mary Jackson experienced both sexism and racism while working at NACA. She was required to use segregated bathrooms in different buildings and was also supposed to eat at segregated tables.

Over time, she noticed that her promotions slowed down compared to her male and white counterparts, and she was unable to acquire a higher-level management position. She noticed the same occurred for other female employees, which led her to take the Federal Program Manager position. 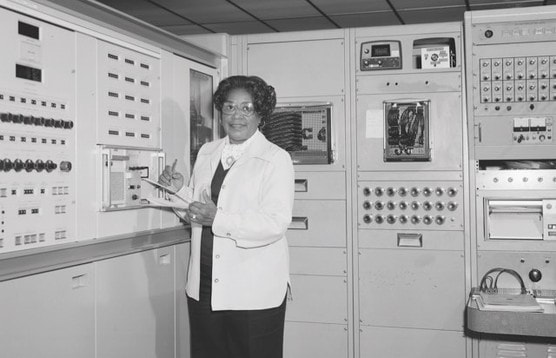 Mary Jackson was born in Hampton, Virginia in 1921. She studied math and physical science at Hampton Institute, graduating in 1942. She became a math teacher at a segregated school in Calvert County, Maryland. Jackson then switched jobs five more times: First, she went back to Virginia and became a receptionist at the King Street USO Club, which served black citizens of Hampton. Then, she was a bookkeeper in the Hampton Institute’s Health Department, a stay-at-home mom when she had a son, and an army secretary at Fort Monroe. In 1951, she was hired to perform calculations at the Langley Memorial Aeronautical Laboratory’s segregated West Area Computing section. Her supervisor was Dorothy Vaughan, another African American woman.

After two years of computing, engineer Kazimierz Czarnecki hired Jackson to work in the Supersonic Pressure Tunnel. This was a four-by-four foot tunnel with 60,000 horsepower that created winds up to twice the speed of sound. She conducted experiments, and after some success Czarnecki told her to take a training program so she could become promoted from a mathematician to an engineer. However, the courses she needed to take were managed by the University of Virginia but took place at Hampton High School, which was segregated. Jackson had to receive special permission from the City of Hampton to attend. She took courses in math and physics, and became an engineer in 1958. Jackson co-authored her first report, titled “Effects of Nose Angle and Mach Number on Transition on Cones at Supersonic Speeds.” In total, she authored or co-authored about a dozen research reports.

​She retired in 1985 and passed away in 2005. She is portrayed in the movie Hidden Figures by actress Janelle Monáe.